An Act of Good Faith: the Duty to Become a Heretic

Posted on May 30, 2022 Posted By: Marina Pafitou Categories: Books 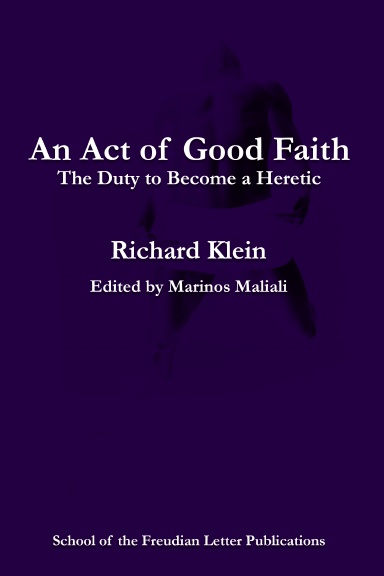 This book is a collection of essays on Lacanian and Freudian Psychoanalysis, edited by Marinos Malialis and written by Richard Klein, the first president of the School of the Freudian Letter. The book is a union between Freud and Lacan, a point of orientation for psychoanalysts, and a reference for those who want to understand Lacan’s infamous return to Freud. Richard Klein, psychoanalyst practicing in London UK, was dedicated to the transmission of psychoanalysis, until he passed away on the 30th of December 2021.