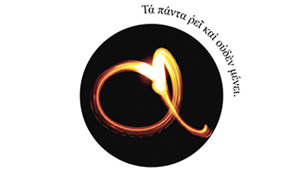 ADDRESS TO THE MEMBERS BY THE PRESIDENT OF THE SFL

We are always oriented by Lacan’s return to Freud who has first noted (and why haven’t anyone noticed before?) that there is something in human being that functions like an instinct, i.e. in a way of automatism and compulsion, but which it is in all ways diverted from biology and serves nothing in the survival of the species; contrariwise, it leads to destruction. This is what he primarily named as the death drive and a beyond of what until then he was describing as pleasure principle.

He therefore hypothesizes the existence of something specific to man that separates him from animals. Although Freud has all the necessary references about how this which he hypothesises operates, it is Lacan who later points out that this function is governed by language and it is specific to man as speaking being.

The drive has been Freud’s unsurpassable point in lifting the symptom in analysis, remaining at its core as a place where the analysand always returns. Lacan elaborates on this deadlock of Freud developing the concept of the phallus and its function.

The phallus as signifier that gives a false consistency to the drive’s operation, a model of jouissance as he describes it in Seminar XX, which thus forms a pleasure principle, but that also has the effect of a beyond the pleasure principle: a phallus that is never enough. It therefore introduces the binary of with and without, of internal and external as the jouissance obtainable and unobtainable.

This is going to be the year that the School of the Freudian Letter dedicates its work on the drive, its operation and its becoming via the practice of psychoanalysis and the psychoanalytic Act.

In this orientation, this year’s cartels’ theme of work will be on the drive.

In addition, small lectures will be organised on this subject including clinical material.

The contribution of everyone is essential, stating your own questions related to the drive as starting point of your investigation, and testifying your own experience from life.

Reading groups will be formed elaborating on related texts.

I wish you desire and inspiration.